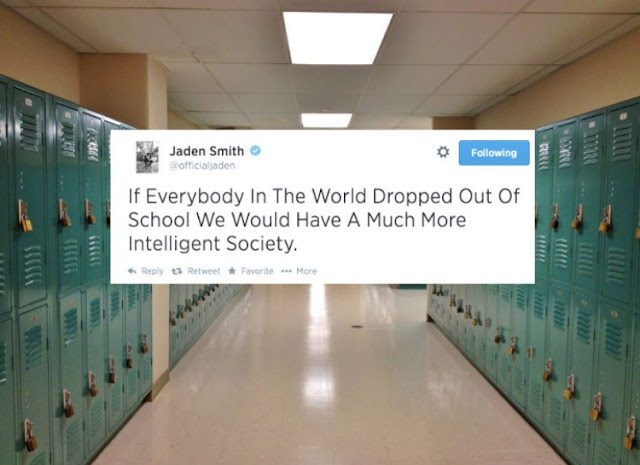 I've been sitting back daydreaming in the five or six free minutes that I have each day, and pondering the same question that almost everyone ponders, "What am I going to do when I win the lottery?" Yes it is a pipe dream for most, but I figured should I actually win the lottery (should I actually buy a ticket I guess should come first) I have some great philanthropic goals, to spread love an wealth to everyone. I of course am only sharing it with all of you so that you will be there to bask in the good that I do with all that free bling foisted upon me by the various lottery commissions throughout this great country. I'm sure many of you have already figured out what I plan to do, but for the few of you that have not, I plan to stay at home in my underwear creating fake Twitter profiles of famous people to explain many of life's great mysteries. Someone has to do it, and it is the least (the very least) I can do.

Of course I would start small. I mean you can't just jump right into a fake profile of say Al Gore, and try to make sense of all the global warming crap that he threw into all of our faces, no it is best to start with songwriter's and try to explain all of the bargle snarf that they press to vinyl. Think of a tweet from Manfred Mann that looks something like this, "Nobody knows the Hell of being wrapped up in a douche, runner in the night or not!" or perhaps a tweet from Michael Stipe, "You're just jealous that there is no spotlight when YOU pee in the corner!" It will take some time to actually perfect the art of explainin' stuff, but I'll be rich, and have no reason to hurry the process. I'll take my time before I start doing the Paul Simon tweets about "Yeah, so Mrs Robinson is a man, there's nothing wrong with that."

The secret to my success, of course will be leaving the Ozzy Osbourne stuff alone. Kurt Cobain will be another one that the ten foot pole better never get close to. I mean if you mash up the things those two say (said, yeah I know I know), you're half way to a doctoral thesis, and not toward helping people. The Jimi Hendrix account will be busy enough, and it doesn't just start and end with "Hey it was the 60s why not kiss that guy?" or the Johnny Nash account, "Lorraine was a bitch, she never saw anything clearly," followed of course by the Mickey Dolenz tweet "@1HitJohnny well I saw her face and I had to leave her."

Yeah that's the ticket, I'll stick to music tweets before I start with the political blasphemy like Michelle Obama, "Keep Hillary busy as POTUS cuz I have a date with Bill!" or Barack Obama "Keep Hillary busy as POTUS so I can eat cheeseburgers while Michelle dates Bill!" or even pull up the late Ted Kennedy for a little "@HillKillsBill @MichelleWearsThePenis How about a Teddy sammich?" I may have to consider a move to the Grand Cayman before I even think about those tweets. Then again maybe I could just donate to the Clinton Foundation, and be protected from these things. Ok maybe being a billionaire ins't as easy as it sounds but it would sure be nice to try it.
Posted by Jeremy Crow at 10:23 AM No comments:

The Last Of The Tiny Bugs

This summer we got off lucky especially with this heat and high humidity no mosquitoes or fruit flies BUT...

these teeny tiny bugs have managed to get in our computer room to where I swear they catch a ride or the updraft from us walking into the next rooms.

I don't know which is worse, the tiny bugs or the bigger bugs but I find myself feeling like King Kong waving my hand in front of my face never connecting with one of these things.

Better yet when one dares to land on me the resulting slap can leave a mark, God forbid one lands on my face!

Summer is coming to an end. We now have three Birthdays in August the newest one was born early this morning.

We have had high humidity, heat and storm clouds and according to the news my heart goes out to those who are caught in floods losing all they own which I'll keep my tiny bug problem and pray for those poor people.
Posted by S. Rose at 7:14 PM No comments: 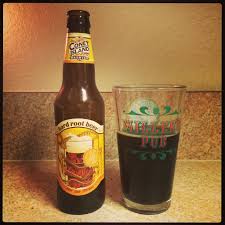 So far I have published Thursday's blog, caught up some of my fellow Whacko Blogs, called my daughter, (I have made a promise to myself and to her to call on a more consistent basis) and it is delightful to hear her voice and laugh with her, next was my g-mail which has 63 messages built up.

I'm pinning mostly summer stuff the next big holiday is next month, the 4th of July which also will be my 1 year anniversary of blogging. As always, I wonder how time went by so fast....again? And we are going to be moving as well so I'm packing bit by bit.

Then I come to this article about beer that tastes like soda which made my eyebrows raise right up. You have got to be kidding me I think while the beer drinker in me says, try it you may like it.

So I googled it and sure enough, the first thing I see is oh yeah Walmart sells beer that tastes like soda the alcohol is a 5.8% .

I can see it now drinking a beer that tastes like yummy rootbeer your last words as you pass out is, 'but it tastes just like soda'. After a little more exploring looking at the prices that would be enough to deter me but now I'm dying to try one.

Have you ever drank a beer that tastes like soda?
Posted by S. Rose at 2:11 PM No comments: 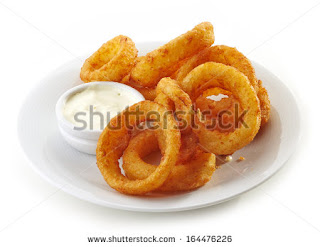 This holiday sounds yummy for I for one love nice crispy onion rings! Celebrate today by eating onion rings all day long if you like after all we are all free white and over 21:)

Here's how to make them:


Whisk 1 cup plus 2 tablespoons flour, milk, egg, 2 tablespoons vegetable oil, and salt together in a bowl until smooth. Heat oil in a deep-fryer or large saucepan to 375 degrees F (190 degrees C). Dip onion rings in the batter, working in batches, until evenly coated and arrange in 1 layer on a plate.

And of course you will need a dipping sauce or if you like just plain ketchup:

Have a Happy Fun Day with Onion Rings! 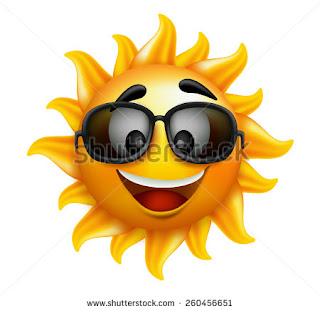 Now who doesn't love the daylight except maybe Vampires? Or bats which could be a vampire so watch out!

So grab your shades, big floppy hat, sunscreen, flip-flops and head for the nearest shade.

You know why? Cancer...shhhhh don't let it hear you.

Kinda sucks the fun right out of daylight don't you think?

So I say bologna to all that hype and enjoy a nice picnic at the beach, say hello to anyone that passes by unless they look scary, and enjoy your Daylight Day.

June 20th, the longest day of the year.

How are you enjoying your day?

Oh boy, iced tea is everyone's favorite. At least I think it is. Homemade sweet tea is the best. Make a clear large glass container that's been washed out, fill with water, add around five teabags or however many to taste. If you like lemons there is nothing like cutting up a couple of fresh lemons letting the whole thing brew in the sun.

Mix up a batch of Sun Tea, invite your neighbors over, having a friendly round about. For those a little more adventurous you can add some alcohol. But don't drink and drive.

So enjoy your day with a nice tall cool glass of tea. It's A Bird, It's A Plane, No...It's Three Loose Chickens

I'm on my way to my Rite-Aid for medications and paperwork. I'm going the back way towards the little trail on the hill and what do I see? Three chickens. I did a double take and sure enough, there were three chickens pecking away at whatever clucking away. 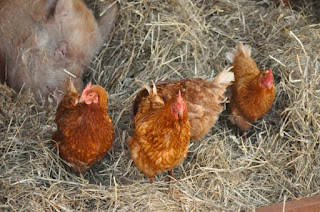 Behind me, a man speaks up which makes me jump a little. asking me if I want some chicken nuggets? Meanwhile, cluck, cluck, clucking is going on behind me and I'm visualizing three chickens following me up the trail.

Now I know there is a chicken shack of some sort up the next level on top of the hill to our right but when I went to try and find it to tell the owners they are missing three chickens I ran into an old friend talking with him instead.

Now I know why the chicken crossed the road!